Joe Oulvey has been executive vice president of Fox Stations Sales since 2013 and is responsible for overseeing the national sales efforts for all 28 FOX owned-and-operated stations. He reports directly to Jim Burke, president of sales, Fox Television Stations.

Previously, Oulvey was EVP of ad sales, Twentieth Television. Before that, he was SVP of Fox Stations Sales, directing all aspects of the national sales efforts on behalf of the Fox Television Station group.

Prior to a decade of holding various Fox Stations positions, including VP of sales, Oulvey was VP of spot sales for CBS Television Stations. Between 1993 and 2000 he held additional positions with the CBS Television Stations, included sales manager and account executive. A graduate of Western Illinois University, Oulvey holds a Bachelor of Arts degree in mass communications. 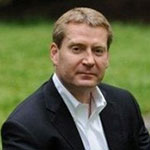