Bob has played a pioneering role in the development of the data-driven advertising ecosystem over the past three decades, holding executive roles at comScore, Mindshare, Comcast, Yahoo and Nielsen.  He served as the first chief data officer for media agency Mindshare where he led the firm in putting data at center of the company, linking real time insights to marketing that adapted on the fly.  As VP, data products at Comcast, Bob led the development of the Audience Interconnect database underlying Comcast Spotlight’s cross-platform ad offering.  Prior to Comcast, he was SVP/MD, Europe for comScore where he led the company’s Europe operations from launch to pan-European leader in web measurement and web analytics.

Bob got his start in the digital ad space in the mid-nineties as VP,  research for advertising startup I/PRO where he developed some of the world’s first tools to measure the effectiveness of online advertising. 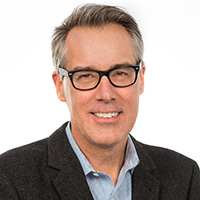