In his role as COO, Craig oversees day-to-day operations to drive growth for advertisers, agencies and all of Katz’s more than 800 television station partners and their digital extension.  Craig leads ad sales operations, agency and broadcaster connectivity, sales training and heads the development of the company's digital capabilities.

A 30-year veteran of the media business, Craig started his media career at WCBS-TV as a sales promotion manager and research analyst. Craig joined Katz in 1986 as a sales trainee. During his time with the company, Craig has held various management roles in both the New York and Chicago offices, including team manager, director of sales and executive vice president. In 2002, Craig became president of the Katz division Millennium Sales and Marketing, a position he held for 10 years. Craig was promoted to his current role as COO in 2012.

Craig is a board member of the TVB as well as a past chair to its National Sales Advisory Committee and former member of the executive board.

A native of Philadelphia, Craig is a big Philly sports fan.  He lives in New Jersey with his wife and has two sons attending college. 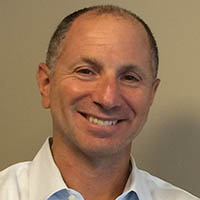