Full Name
J.T. Batson
Job Title
Co-Founder/CEO
Company
Hudson MX
Bio
JT founded Hudson MX in 2016 after serving as Entrepreneur in Residence for two of Silicon Valley’s premiere venture capital firms—Greylock Partners and Accel Partners. He was invited to advise other
entrepreneurs based upon his successful track record of scaling and transforming innovative businesses —primarily within media and advertising. JT served as the Chief Revenue Officer of Cumulus Media, then the second largest owner/operator of radio stations in the US and owner of Westwood One. Prior to that, he was President of Digital for Donovan Data Systems, where he was instrumental in the company’s merger with Mediabank to create the advertising technology company Mediaocean. While there, JT also led the creation and early roll-out of their widely-used digital media management platform. JT was one of the first employees and the EVP of Revenue and Global Development at the now-public Rubicon Project (RUBI), which was an early pioneer in the era of programmatic media. In addition, JT is a partner of LUMA Capital Partners, a member of the Board of Directors of the non-profit StartOut, and an alum of Stanford University—where he is on the advisory board for undergraduate education.
https://twitter.com/jtbatson 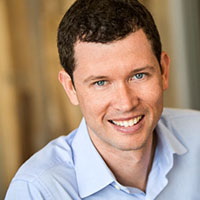