Janet Stilson specializes in writing about the advertising and media businesses. Her freelance articles have been featured in many fine publications, including Adweek, TVNewsCheck, The Los Angeles Times and The Financial Times. She’s also worked as a consultant, ghost writer and research analyst.

Previously, she held staff positions at a number of business publications, among them: Variety, Multichannel News, Channels and Electronic Media (later renamed TV Week). She was instrumental in the creation of the monthly magazine Multichannel News International and the newsletter Hispanic TV Update. She was also chief content officer and senior vice president of Myers Reports Inc. 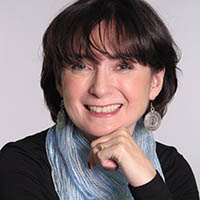