Paul offers proven expertise in the areas of communications technology, broadcast engineering, and broadband design as an established subject matter expert and is frequently invited as a guest speaker at industry conferences to share knowledge on topics such as television, radio, and digital media technologies.

In his most recent role Paul serves as the CEO of Copperline Media, a consulting company to the broadcast industry on areas including mobile streaming technologies, audio watermarking and decoding for television and radio, intellectual property strategy, and new broadcast distribution technologies. Paul serves as the principal consulting engineer to the Coalition for Innoviative Media Measurement (CIMM), and has been instrumental in development of an open audio watermarking standard through the Society of Motion Picture Television Engineers (SMPTE) Prior to his current role, Paul was the Senior Vice President of Client Engineering and Senior Vice President of Engineering and Technology at The Nielsen Company, playing an integral role as the global liaison between C-level clients and Nielsen’s engineering organization in the realm of television, radio, and digital measurement where he led teams of 200+, managed budgets in excess of $20 million, held responsibility for P&L and operations, and operated as a cross-functional leader.

Some of his contributions include leading a teams of engineers and researchers in the development of new methods of measuring media. Research topics included mobile measurement, Internet measurement, passive face recognition for demographics, audio and video watermarking technologies, audio and video signature technologies, active tagging of internet content, and metadata carriage for mobile devices.

Prior to joining The Nielsen Company, Paul spent seven years working in progressively responsible roles at Vela Research, LP where he significantly grew core products and catapulted sales from 5% to 20% of overall revenues. He was also responsible for delivering numerous successful products to the cable and broadcast industry, including one of the world’s first MPEG-2 storage encoders, the first MPEG-2 decoder to be used for cable ad insertion, and an MPEG-2 based video server system used for video-on-demand.

Rounding out his professional qualifications, Paul holds a Bachelor of Science degree from Rollins College focused on Computer Science and Computer Engineering, has been awarded 28 US and International patents, and was awarded 2 technology emmys from the National Academy of Television Arts and Sciences. 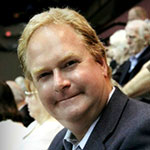