He broke into the media business with iHeart Media’s New York flagship WOR radio, where he originally developed and sold multi-faceted sponsorships around New York Giants football. He has also served in senior advertising sales roles at AMC Networks and Outdoor Channel, and before that, was an account executive for Outdoor Life Network and NBC Cable Ad Sales, representing CNBC, MSNBC and one of the original combinations of regional sports networks, Prime Sports Network. Mr. Dolce is a graduate of Iona College with a Bachelor of Arts degree in Communications. 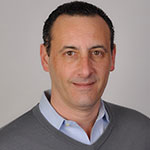