Broadcasting from the CNN Center in Atlanta since 2001, Meade is the longest running female anchor of a national morning TV news show. Among her notable assignments: jumping out of a perfectly good plane with President George HW Bush (2009) on live TV, covering President Obama's inauguration from DC (2013) and hosting 'Ask Oprah's All Stars' at the mogul's request to help kick off the OWN network (2011). Meade has hosted the Daytime Emmy's (2013), and CMT's 'Disaster Relief Telethon'. She is the face of HLN's 'Salute to Troops' and hosts 'Accent Health' with Dr. Sanjay Gupta. She helped launch Cumulus radio's syndicated Nash brand morning show by providing its newscasts for three years (2013).

Her New York Times Bestselling book (2009) chronicled her rise over crippling panic attacks. 'Morning Sunshine! How to Radiate Confidence and Feel It Too' was reissued as a bestseller in paperback (2011).

As a vocalist she's performed with Darius Rucker, Kenny Chesney, Richard Marx, David Foster, Don Felder (Eagles), John Rich, Jim Brickman and The Tenors among others. She 's earned a standing ovation on the Grand Ole Opry, and was the featured guest performer at the Venetian in Las Vegas for a two-week run with 'Human Nature.'

For her albums, Meade collaborated with Lee Brice, Kenny Loggins and blues artist Keb' Mo' for 'Count On Me' (2014) which reached #29. Her debut album 'Brand New Day' (2011) featured collaborations with John Rich (Big & Rich) and Billy Dean among others, and reached #24. Her duet of 'Sleigh Ride' with Human Nature hit #14.

Meade feels strongly about such causes or foundations as 'K9's for Warriors', 'St Jude', 'Fisher House Foundation', 'Dress For Success,' 'Blessings in a Backpack,' and the 'TJ Martell Foundation' among others. She and her husband live in Atlanta, Georgia along with their three rescue pups. 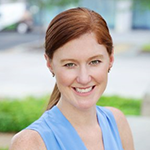