In his role, Keller is responsible for Hulu’s partnerships in high-volume sales activating towards the Fortune 10000 marketers and their agencies. In addition to overseeing day-to-day performance of sales nationally, Keller plays a principal role in defining the upfront and scatter strategies for Hulu.

Prior to joining Hulu, Jim held multiple leadership positions at Bravo, Viacom and NBC Sports. Most recently, he was the Vice President of Sales at the NBC-owned Bravo network where he was instrumental in growing revenue across the networks traditional and digital properties. Jim began his advertising career at the global ad agency McCann Erickson, where he represented Coca-Cola and Johnson & Johnson.

Jim is an East Coast native, father of two and graduate of Providence College. In his free time, Jim is an avid supporter of New York’s youth soccer leagues where he serves as a coach and advocate. 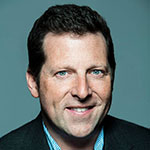