Full Name
Jonathan Steuer
Job Title
Chief Research Officer
Company
Omnicom Media Group
Bio
Jonathan has been actively involved in emerging media for nearly twenty years, and has been an innovator in media research for over a decade.

Jonathan joined Omnicom Media Group in May, 2016. At OMG, he manages media and consumer research capabilities including the Primary Research, Investment Research and Syndicated Tools & Insights teams and he develops data-driven cross-media audience-based media planning, buying and reporting solutions for use across all Omnicom agencies.

Prior to joining Omnicom, Jonathan served as Chief Research Officer at TiVo, where he directed research and analytics across both TiVo’s core DVR and advanced television platform business and TiVo Research and Analytics (TRA), a wholly owned subsidiary of TiVo focused on measurement and optimization of media efficiency.

Prior to TiVo, Jonathan managed the design and deployment of the pioneering cross-media (TV+online+mobile) research effort for AT&T AdWorks in partnership with comScore. In 2009, he co-founded the online DSP that became Aerify Media (which was acquired by ad management platform Sizmek in 2014); from 2005-2008 he build and managed the Media / Entertainment / Technology practice at Iconoculture, a future-focused consumer insights and advisory firm acquired by the Corporate Executive Board in 2010.

From 1993-2003, Jonathan spent ten years as an entrepreneur and consultant in the emerging Internet business, initially in San Francisco. in 1993 he co-founded Hotwired, the first banner-ad-supported Website from Wired magazine. He also cofounded pioneering online/offline community Cyborganic, a (too-)early social media startup. In 1995 he joined the launch team at CNET, the first integrated Web / TV programming venture. He then joined the pioneering online community the WELL, where he led product development of a Web-based online community tool. In 1997 he joined Scient as a strategy consultant; by 2001 he had moved to New York and was leading Scient’s eMarkets team, responsible for building venture-funded startups, for the eastern US. Jonathan left Scient in 2001 to join Sawyer Media Systems, a venture-funded online video production and digital asset management platform startup.

Jonathan holds a Ph.D. in Communication Theory and Research from Stanford University (1995) and an A.B. in Philosophy from Harvard College (1988). Jonathan originally hails from Milwaukee, Wisconsin and lives in the East Village, New York City with his wife, two daughters and two cats. 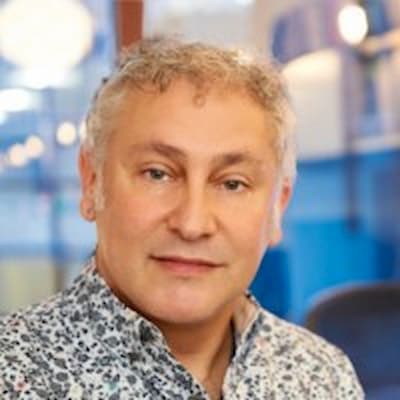